Kristina (Cizmar) Eklund is passionate about healing from childhood sexual abuse. She is more than a little obsessed with the impact of shame, and loves to share her method of shame resilience. She is the author of The Little Book of Shame: What shame really means, and how to shift from low self-esteem to empowering self-acceptance. Kristina works as an analyst at the University of Colorado Boulder. She is the former managing editor of a major publisher of meditation books and audio programs, where her frustration with the unique barriers to meditation which many trauma survivors encounter, led to the creation of Trauma-Informed Meditation Exercises.

Like an estimated 42 million Americans, Kristina is a survivor of childhood sexual abuse (CSA). Here, she shares her experience as an adult survivor. 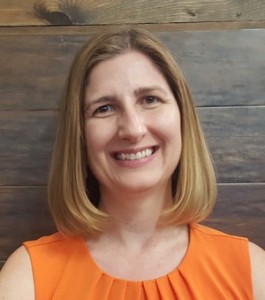 The summer of my 13th birthday, I moved with my sister, mom, and step-dad from a small town in Ohio to a small island in the Florida Keys. I was quite happy to leave behind the cold winters, icy roads, -- and my childhood self. I changed my nickname from “Tina” to “Kristy,” and began a brand new life. For more than twenty years, I pretended as though I was ‘born’ at age 13. As far as I was concerned, sunny Key West was my only hometown.

It wasn’t until my mid-30s, when I started having flashbacks, that I was forced to face the reality of my existence before the age of 13. Deeply buried memories of having been sexually abused as a child began surfacing. And although these memories had remained outside my conscious awareness, the experiences had shaped my entire life. It was the reason for many of my likes and dislikes, my major life difficulties, my divorce, my chronic health problems, – and so many other things.

“I started having flashbacks.” It’s such a simple thing to say, so simple that it really does a disservice to what that experience is truly like. Flashbacks are not mere memories calmly emerging. They are life-disrupting, reality-shattering, paralyzing regurgitations of trauma. I would think to myself ‘wow- I can barely handle this in my 30s – how on earth could I have possibly handled this as a child?!’ But really, during the flashbacks, I am that child again – complete with the limited mental resources of my child self.

Despite how terrifying flashbacks are, I am grateful for all the missing pieces they have filled in for me. That’s why I had all those unexplained health problems! That’s why I ran away from home as a kid! That’s why I can’t stand when someone touches me like that!

Now, in my mid-40s, I still have the occasional flashback, but I know that the worst is behind me. Somehow I have survived.