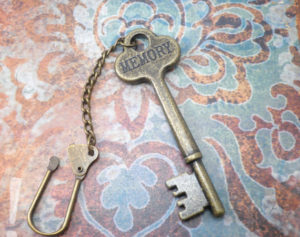 "When the going gets tough, learn something."

Feeling a little crazy?  That's completely normal.  It’s the nature of this trauma.   Remember this:  your mind and body did something really amazing that was a normal reaction to traumatic events.  Whatever you did to survive, if you are reading this – it worked – you did survive.

What is Trauma? An event that’s perceived as life-threatening.  “Perceived” is a key word here.  Something doesn’t actually have to be life-threatening - what matters is our experience of it.

Do I have PTSD (Post Traumatic Stress Disorder)?  Maybe.  Many survivors do.  Is a diagnosis helpful?  Only if it helps you get what you need to get better.  PTSD is often described as a normal reaction to an abnormal event. Common signs include: obsessive thoughts about the trauma, flashbacks, an exaggerated startle response, problems concentrating, difficulty sleeping, hypervigilance, and feeling detached.  PTSD or not, adult survivors end up with symptoms ranging from heart palpitations, teeth-clenching, and anxiety, to a tendency to use numbing and avoidance techniques, including drugs.

Can this affect my physical health? Yes. gastrointestinal problems are common – Irritable Bowel Syndrome (IBS), for example.  There’s a very strong tie between stress and your gut.  Chronic trauma also weakens the immune system.  According to the Centers for Disease Control, adults abused as children are more vulnerable to chronic fatigue syndrome (CFS).

How could I not remember these things before?  Dr. Dan Siegel has the best basic answer to this question:  particularly for a child at a certain stage of development, if an event is overwhelming, the hippocampus (part of the brain involved in memory) can shut down, and the event is not processed into historical memory.  This part of the brain has even been found to be smaller in adult survivors of childhood sexual abuse.  The process seems strange, but it is what has allowed many survivors to grow and develop normally, despite the trauma of abuse.  Marilyn van Darbur describes this as splitting into “a day child, who giggled and smiled, and a night child” who bore the abuse.

What does it mean to dissociate?  It’s basically the feeling of being completely disconnected from your present environment.   Mild examples include daydreaming, or going on autopilot while you’re driving to a familiar place.   Dissociation can also be a defense mechanism – a  way of protecting yourself from feeling the stress or physical and emotional pain that could come from being present.  If you were sexually abused as a child, chances are you are good at dissociating.  As a child, when there’s no way out, it can actually be a useful strategy.  But as an adult, it can be a habit that no longer serves you, and it can take work to learn how to be present.

I remember doing things on my abuser’s cue.  Why!?  A helpful way to think of the brain is in 3 parts :  Lizard brain takes care of our basic survival needs and ritualistic behavior;  Limbic brain is responsible for social and nurturing behaviors;  and the Neocortex is where our higher cognitive functions happen (thinking, planning).  During trauma, our Neocortex gets hijacked and our Lizard survival brain takes complete control.  So, if a child is being sexually abused, the child may  literally be  unable to think.  If it’s a recurring abuse, the child may even unconsciously fall into a pattern of ritualistic behavior set by the perpetrator (for example heading for the usual abuse position on cue), since this is part of the Lizard brain function.

I obsess about bad things – what’s going on? Obsessing can be a sign of PTSD, but aside from that, we all have what’s called a “negativity bias.”  From an evolutionary standpoint, we needed to be able to stay out of harm’s way in order to survive, so our brains are built to focus on what could potentially kill us.  It just doesn’t make a distinction between, say, a lion and stress at work.  There are a few reasons this is helpful to be aware of.  For one, if you are seen as a negative person (or see yourself that way), then there’s good reason for this: you’ve had some very negative experiences, and being an animal wired for survival means you are likely going to focus on them.  The good news is that bringing awareness to this can help you to shift it.  Secondly, if you find yourself ruminating on difficult childhood experiences, one possibility is that the brain is bringing the memory up now so that you can come up with a survival strategy.  Our brains don’t seem to know that the threatening situation that we found ourselves in as children, isn’t going to happen again.  And, actually, we may very well have been good at getting ourselves into bad situations again and again.

I feel like I have different parts of myself.  Am I crazy?  Today we recognize that so much of what makes up our selves are systems (digestive, respiratory, circulatory, muscular, skeletal, nervous, excretory), yet we are taught to think of our mind as a solitary unit.  There is a slowly growing recognition that it make more sense to think of our minds as systems too.  In our everyday speech, we often say things like  “a part of me knows I should go to work, but another part of me just wants to stay in bed” or “Part of me wants to eat the rest of this chocolate cake, but another part of me knows I’d be better off eating a fruit salad.”  So, even the way we talk about simple things indicates that we have an ‘internal family’ of sorts.  Dr. Richard Schwartz’  Internal Family Systems (IFS) approach has this to say about the mind:  multiplicity is our natural state:  our mind is a system with parts.  Trauma such as sexual abuse causes our parts to become polarized (in other words, less likely to ‘just get along’).  Various “parts” take on different roles, and interact in different ways.  There are patterns that are helpful to be aware of, and I’ll mention some of these in Key 8.  Note:  I’m not going to cover Dissociative Identity Disorder (DID) (formerly Multiple Personality Disorder (MPD)) here.  Some labels are useful, and others are often not.  I have found that IFS gives a useful framework for understanding our own minds – one that makes healing easier.

Why didn’t I learn any of this in school, and why does my therapist not know this? The fields of science that study how our minds, brains, and bodies react to abuse – Psychology and Neuroscience –  are in their infancy – new research, new findings, new ways of measuring of brain activity, new theories of the mind, etc, are emerging.

What other things in my life are a result of having been sexually abused?  We are more likely to also have struggled with: drug addiction, alcoholism, abusive relationships, eating disorders, obesity, cutting, or sexually transmitted diseases.   We are more likely to struggle with difficult emotions, especially shame.  And we are more prone to gastrointestinal problems, and other physical health issues including Chronic Fatigue Syndrome.

One Quick Thing:   Why do sexually abused children often wet the bed?  I’ve seen a few explanations for this.  One is that the child is purposely making the environment less hospitable for their abuser.  Another is that it’s an autonomic nervous system (in other words involuntary) response to the trauma of abuse.  And a third is something called “vasovagal syncope” – a type of fainting spell that can result in “temporary loss of bladder control under moments of extreme fear.”

One Quick Thing:   Have trouble focusing when there's background noise? Many survivors have a hard time focusing on a conversation in a crowded restaurant.  And most don't even think about the fact that this could be related to past trauma.  Yet, from an evolutionary standpoint, it makes sense: if we're accustomed to threats, then there's an advantage to tuning in to our surrounding environment so we can be 'on the lookout' for approaching threats.

One Quick Thing:   If you feel ashamed or guilty because you felt sexually aroused during abuse, read this.  If this is true for you, it does not mean you enjoyed or welcomed the abuse.  Here are a few reasons why:

Still think that some part of you enjoyed it?  There was also a part of you that didn’t – and that part wasn’t honored by your abuser.  For the part that found enjoyment, if you had such a part, therapists can offer many theories (often Freudian or associational, or coping) for what underpins this, so explore this if it feels important to you to do so – and if it doesn’t that’s okay too.  The important thing to remember is that the onus is always on the person in a position of power over a child to do the right thing.